Greetings from the President of Taishogun Shopping Street 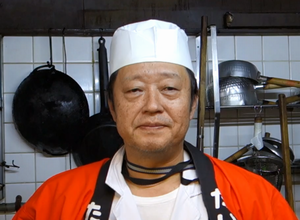 Taishogun Shopping Street, known as “Ichijo Yokai Street”, is located in the northern part of Kyoto city. This 400m long shopping street covers from Nishioji-dori to Nakadachiuri-dori and it has developed into a commercial district of the northwest area of the city.

Based on the legend, it is said that Tsukumo monsters marched on Ichijodori, the northernmost part of the current Rakuchu. Therefore, we are working hard to promote this shopping district with the theme of “monsters”. 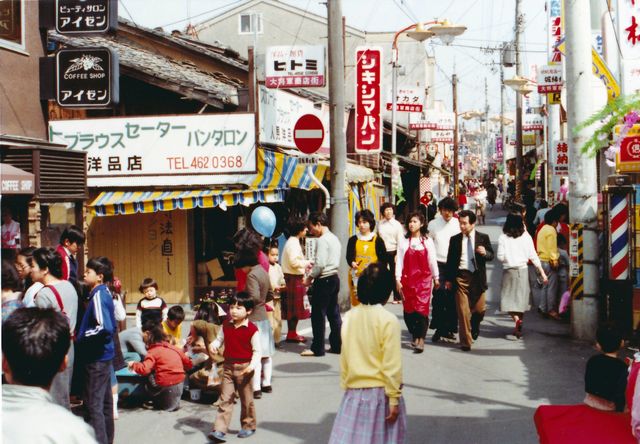 In addition, Taishogun Shopping Street has played a role in the local infrastructure for the local residents for a long time.

and, you can enjoy tourism too.

There are dozens of temples and shrines, such as Kitano Tenmangu Shrine, Taishogun-Hachi Shrine, Kinkakuji-Temple and Hirano Shrine, all located near the shopping street. There are several old filming locations, left in their original setting since the filming of the original Japanese films. 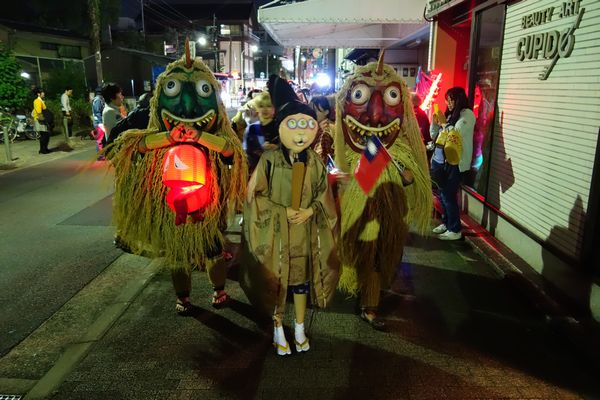 Once upon a time, back in the old days of the Heian period … after Susuharai (big housecleaning), many unwanted antiques in the city were abandoned. These abandoned antiquated items had a gathering.

The Antiques said, “We’ve worked for many years, but no one cares to appreciate the purpose we served and on top of that, we were left abandoned on the roadside! We are very angry! We will transform into Yokai Monsters in order to seek revenge against the humans!”

The Setsubun traditional day, end of winter, a hundred years or more living Antiques immediately makeover. It is called a “Tsukumogami”. They thanks of transform as a Yokai Monster. 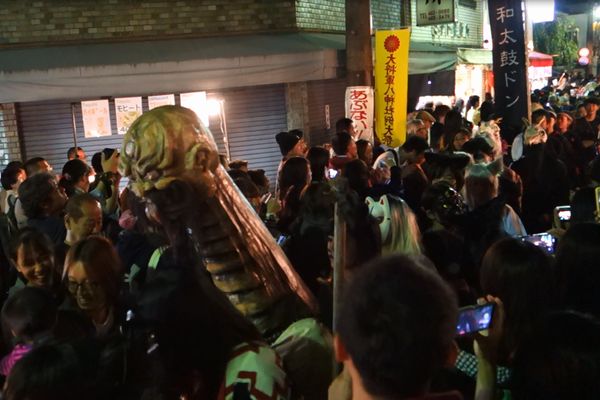 And then these Yokai Monsters named the god that had turned them into Yokai Monsters, “Henge Daimyojin God”. In order to show their appreciation, they marched on the Ichijo-dori Street from west to east.

This parade is called “Hyakki Yakou”. Ichijo street, through the Taishogun Shopping Street, is the path of the Hyakki Yakou from the old days. 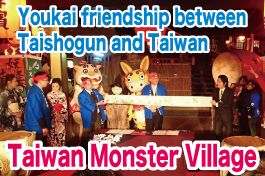